In each show, there are around half a dozen games. With more than sixty series under it’s belt, and with at least six shows per series, that’s more than two thousand games played. 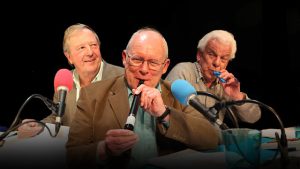 In some instances rather than create a listing for a game with a single occurrence, I’m including it with something else when it’s very similar. This is especially so for the earlier shows when games had yet to settle into an established format.

Some games have changed their names over the years. For the sake of easily identifying them, I’m using the current name in all episodes, even if it was introduced under a different one. Some weren’t named at all, so I’ve made up – hopefully appropriate – ones.

The list below is a temporary example, as the live one has fallen victim to the ‘broken site’ issue. Once properly restored, the game names will become links to lists of shows that the game has appeared in.