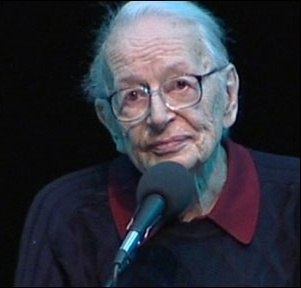 The chairman’s role is to introduce, and often explain, each round and to ask the questions. There have been only two regular chairmen: Humphrey Lyttelton and Jack Dee.

Barry Cryer shared the task with Humph in the first series. However, Humph quickly established himself as being perfect for the role while Barry moved permanently to being a panellist. In the first few series, Humph was quite enthusiastic but as the years progressed he professed ever greater contempt for the games and the panellists. When the show moved out of London to being recorded on location it became traditional for him to say a few words about the host town. A few words became a few minutes, and it wasn’t long before Humph’s introductory remarks were a staple of the show. When he sadly died, in April 2008, it was hard to imagine the show continuing, at least as successfully, without him.

Guest chairmen sat in for series fifty-one, with Stephen Fry, Rob Brydon and Jack Dee each chairing two shows. Or perhaps these were try-outs, which Jack Dee won, because from series fifty-two on he filled the role permanently. Jack’s deadpan delivery is just right for continuing Humph’s style, and while the great man can never be bettered, Jack’s tenure has proved an inspired choice.

Scorers have little to do nowadays, the notion of scoring having faded to insignificance long ago, but they do make an excellent foil for double entendres. With just two exceptions, there is only one scorer per show. This is usually Samantha but when she is not available the role is normally filled by Sven, though once Margaret stood in. Curiously, this was just after Margaret Thatcher was ousted as Prime Minister and may have been seeking alternative opportunities for public appearances. None of the scorers have ever been heard to speak.

On a regular show there are two teams, each of two panellists, competing against each other. From series three, it settled down to being the same four regulars in every show: Barry Cryer; Graeme Garden; Tim Brooke-Taylor; and Willie Rushton. Now and then a guest panellist would substitute if one of the regulars couldn’t appear. After Willie sadly passed away, in late 1996, a guest panellist joined Tim Brooke-Taylor for each show to take on Barry and Graeme. There have been quite a few other panellists on the show over the years. As nowadays only a dozen shows are aired each year – with each recording session providing two shows, so really only six ‘positions’ – anyone reaching double figures could be considered a semi-regular. 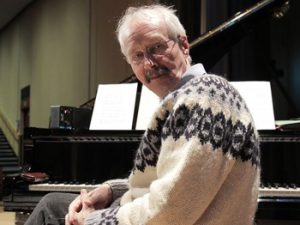 “…with Colin Sell setting some of them to music”

There is at least one musical round per show where the panellists are accompanied by a pianist. Since his first appearance in the role, in series three, Colin Sell has rarely missed an edition. Although demonstrably highly talented, it became a running joke that Humph would make snide remarks about Colin’s [ lack of ] musical abilities whenever the opportunity arose. Jack Dee has continued in the same vein.

It’s rare for there to be guests on the show other than as panellists. Indeed one special, I’m Sorry I Haven’t A Desert Island, where celebrities shared their favourite bits of the show, had nearly as many guests as all of the rest of the shows put together. On occasion there have been ‘guests’ that were not really there, with recordings of them being used as necessary. I’ve tried NOT to include these ‘appearances’ in the figures. However, guests are not usually credited, so it could be that none of the people included here actually appeared in person.

There have been a few ‘pseudo guests’ on the show, for example a computer and a couple of SatNavs used in Mornington Crescent. In my opinion, these are the funniest versions of the game ever broadcast.

A few specials and the compilation shows have had a host presenter. Mostly Humph appears in a role where he performs functions similar to that of a chairman, but technically it wouldn’t be correct to describe him as such.

I imagine it to be quite daunting to have to edit the panellists’ contributions down to only thirty minutes per show. It’s a challenge that since the early days is expertly accomplished by Jon Naismith. It was only a few years ago (as a result of an interview I think) that I realised the frequently appearing ‘mystery voice’ is in fact that of the producer. For some reason, I’m a little disappointed that I know that. Oops … now you know it too.

Writers, at least ones credited as such at the end of shows, are even rarer than guests. This is perhaps not surprising in a show that is mostly unscripted, though no doubt someone writes the chairman’s show and game introductions, as well as devising the games to be played. However Iain Pattinson does get a credit as Programme Consultant at the end of most shows.

*Where a number is shown in brackets after a name, this is the number of appearances of that person in that role, based on the shows that I either have or have been able to find records for. As I’m missing a few shows, it’s unlikely to be completely accurate! I’ve tried NOT to count inclusions in compilation shows where a contribution is just a repeat from an earlier show.