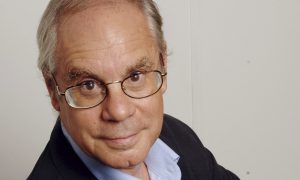 The chairman asks the questions and keeps the panellists more or less on topic.

For the majority of its run there has been a regular, long-serving, chairman with just three people – Barry Took, Simon Hoggart and Sandi Toksvig – chairing ninety-two of the first ninety-nine series. Guest chairmen, usually one of the semi-regular panellists, stood in now and then when the incumbent was unable to be there.

Since the hundredth series, a succession of supply chairmen have filled the role. (I’m guessing you can deduce my feelings about this from my choice of words!)

On a regular show there are four panellists, split into two teams. The early shows comprised a captain and a team member. Captains were regular panellists while the team members varied from week to week. For much of this early period the two captains were Richard Ingrams and Alan Coren, the editors of Private Eye and Punch respectively, and the rivalry between these two publications spilled over into the shows; competition to win each time seemed genuine.

Dropping the notion of team captains allowed more variety in the teams’ constitution. The show no longer had regulars, except for the chairman, but a large number of semi-regulars instead. I recall eagerly listening to each show as the chairman introduced that week’s panel, hoping that at least one of my favourites would be putting in an appearance: Andy Hamilton; Linda Smith; Fred MacAulay … an advantage of this format was that it was a long, and ever growing, list. When three or four of the week’s panellists were from my list, it usually made for an extra special treat.

The competitive nature of the show has ostensibly been retained, but really it’s less about winning and more just about using the format to offer comedic opportunities.

Readers deliver the cuttings sent in by listeners which open and close each show, and usually precede each round. They also occasionally help out chairmen and panelists with the pronunciation of foreign names and words. They are BBC Radio Continuity Announcers / Newsreaders in their ‘day job’, giving a familiarity and a certain gravitas to the deliveries, which somehow makes them even funnier. 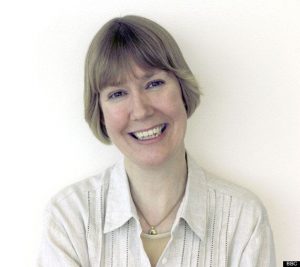 Apart from compilations and one special – 25 Years of The News Quiz (which also had three panellists on each team) – there is only one reader per show but several may feature in a series. Readers have sometimes also stood in when an expected panellist hasn’t materialised. They’re listed separately as panellists when this has happened.

Probably the best known reader is Charlotte Green. At the time of writing, my records indicate she has made the most appearances in the role though I have a feeling that wouldn’t be so if I wasn’t missing so many of the earlier shows. I suspect that distinction would then go to Brian Perkins. Most readers manage to deliver the cuttings with a very straight face but Charlotte has been known to corpse now and then, and it’s rumoured that some of the smuttier double entrendres were specially saved for shows where she would be the reader.

This role must have periods of hectic activity and near panic, as there are only hours between finishing recording a show and it being on air. During that time it has to be edited down to the required length and, no doubt, checked to ensure that the panellists’ comments aren’t actually libellous … a task that they frequently don’t make easy!

There have been more than thirty different producers in the show’s history, with no one person standing out as pre-eminent. A proper list will return once I’ve fixed the broken parts of the site. Incidentally, the producer credited on the Extra version of a show is usually different to that on the standard broadcast. On episodes where I only have the Extra edition the producer is therefore based on information found elsewhere.

It may come as a slightly shocking revelation to some that the shows’ content is not entirely ad-libbed. A team of writers supply the chairman with a script to work from, though no doubt this is supplemented with pertinent off-the-cuff remarks. Actually, it probably isn’t entirely a bad thing. It does give the chairman someone else to blame for some of the worse jokes and puns!

An advantage of this method of putting the scripts together is the opportunity it offers for new and wannabe comedy writers to get some experience. A disadvantage, from my point of view at least, is the difficulty sometimes of correctly identifying them from the list given at the end of each show. This can require such a disproportionate amount of effort, sometimes resulting in an unsuccessful outcome, that I’ve recently decided to give up trying and just go with ‘Unidentified Writer’ instead. If you spot any instances of this you can correct, I’d be delighted to hear from you.