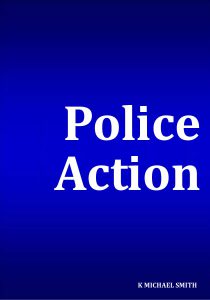 Andrew was lucky to have been accepted into the Force. Now nearly every country was in the World Alliance, the need for a standing army had all but disappeared and their role was more that of a heavily armed police force, sorting out trouble if it erupted. Being so well armed and well trained, of course, their mere existence was a strong deterrent to it even starting in the first place. They trained for and reacted to natural disasters too, ready to deliver much needed assistance whenever and wherever required. But there were a few little thorns that needed pulling out before they could concentrate fully on that. Like the drugs that were still flowing out of South America. Read Here Amazon Kindle

Detective Inspector Jon Longton needs to find Alberto Riaz, and he needs to do it before Raoul Cassi does. Because if Raoul Cassi finds him first, he’ll kill him. It is, after all, the reason why Tomas Fuente sent Cassi over to the UK. He’s already tried once. Next time he might be more successful. Besides, he doesn’t seem to particularly care if other people get hurt as a byproduct.Read Here Amazon Kindle

Once complete, this will be a collection of short science-fiction stories, each inspired by the name of one of the BBC’s Shipping Forecast areas. So far, though, it consists of only one … “Cromarty”. Read Here